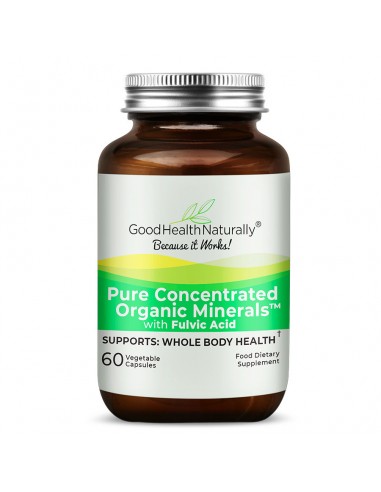 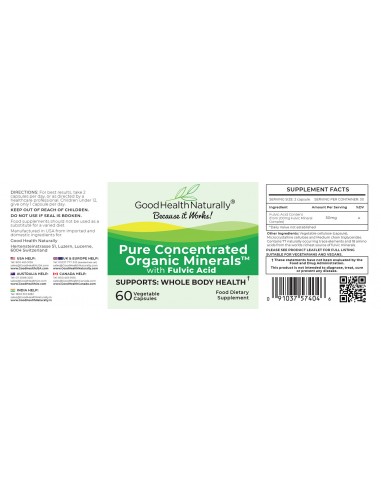 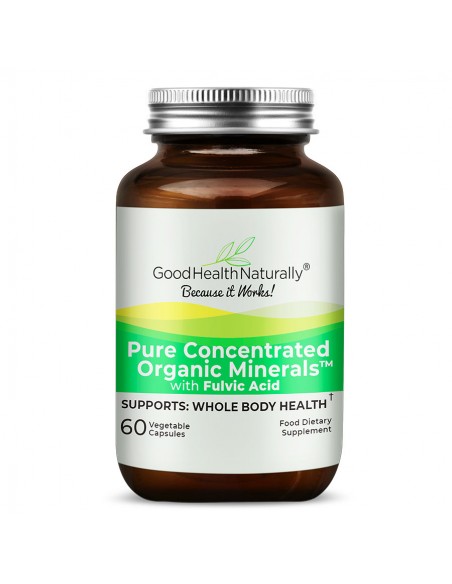 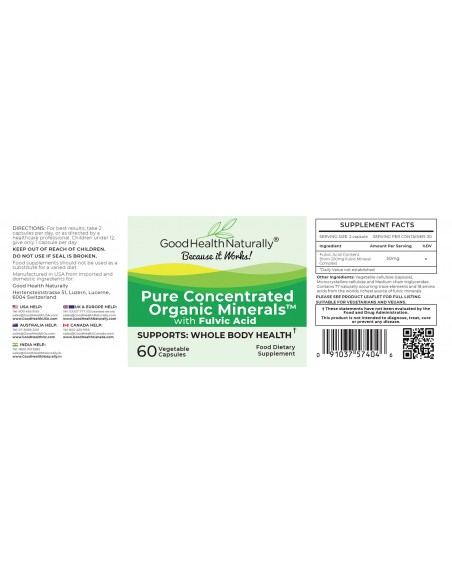 Nature combines fulvic acid and minerals to form fulvic mineral complexes that are now being referred to by many nutrition and health experts as “The Missing Link Of Nutrition." With the highest fulvic content per serving available, Pure Concentrated Organic Minerals™ provides better energy that remains more stable through the day, more restful sleep, clearer mind and brain function, more balanced appetite, better absorption of nutrients fromlthy hair and skin, increased stamina and athletic performance, and soothing of the aches and pains of exercise and even arthritis.

Imagine the earth some 38 million years ago when enormous rainforests covered much of the planet. Like the animals of that time, plants were enormous compared to the plants of today, with root systems that reached deep into the earth. The root systems of these prehistoric giants were able to tap rich sources of inorganic minerals, which the plants then converted into organic, biologically-friendly minerals via photosynthesis. Once these giant plants died, the organic minerals within their structures were deposited onto the surface of the earth, where they were combined with fulvic acids created by the local soil microbes.

This botanical life and death cycle continued for millions of years, gradually forming rare fulvic mineral deposits. Such a deposit is the source of the fulvic minerals and the organic acids contained in Good Health Naturally Pure Concentrated Organic Minerals™ with Fulvic Acid.

It contains extremely bioactive substances rich in low molecular weight fulvic compounds (Fulvic Minerals and Fulvic Acids), that are the end product of decomposition of once living prehistoric plant matter. Fulvic minerals contain latent solar energy that is hidden deep within their complex molecular structure originating from photosynthesis of the gigantic plants of origin. They are partly responsible for the unusual properties and bioactive nature of our Pure Concentrated Organic Minerals™ with Fulvic Acid.
GoodHealthNaturally
New

Suitable for vegetarians and vegans 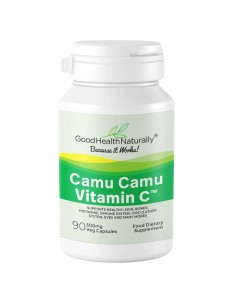 1270
£15.96 £19.95
Please note that 20% off applies to single bottles only and cannot be used in conjunction with multipack offers Rich In Vitamin C Provides over 2700mg of Vitamin C per 100 grams of fruit. Camu Camu berries are harvested while they are still green. This is the moment when they have the highest content of Vitamin C. Unique Combination Of Vitamins and... 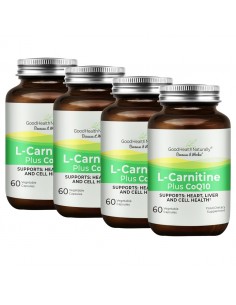 #1077-4
£107.85 £143.80
Q10 May Support Organ and Cardio Health CoQ10 can benefit your heart health by sparking energy within the cells. L-carnitine is thought to be like a shuttle, bringing fuel into heart cells to be burned as energy. Without sufficiency of both essential components, you will be less likely to burn fat efficiently, and will likely have much less energy.... 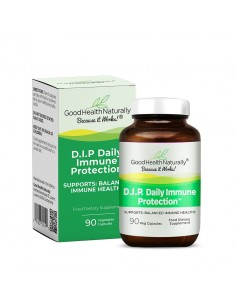 1191
£36.95
Buy 3 Get 1 FREE Click Here Contains The Best Natural Ingredients For Improved Immune Response Daily Immune Protection is a unique formulation of proven ingredients for supporting immune health. Contains EpiCor ® and eXselen™ To Support A Balanced Immune System DIP is a super nutrient combination of EpiCor® and eXselen™ Selenium with a strong dose of... 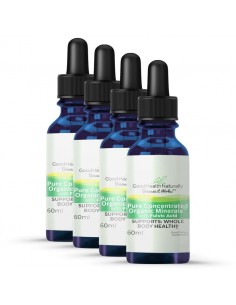 #1128-4
£107.85 £143.80
Contains Antioxidant Minerals and 18 Amino Acids Includes Organic Selenium, Zinc, Manganese, Copper and others. The 18 amino acids were formed over the course of 38 million years – proof of its plant and organic origin. Contains more than 70 electrolytes, each mineral carrying its own unique bio-electric signature. Balances And Energizes Cell Life and... 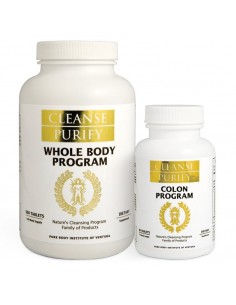 1171
£54.95
Cleanse and detox the body with Whole Body and Colon Cleanse, designed to flush the body of excess toxins from the colon and intestines, cleansing the body from the inside out. 2 Bottles Of Herbs - 100% Natural Easy To Take Formulated To Dissolve And Wash Away Internal Sediment Suitable for Vegetarians and Vegans 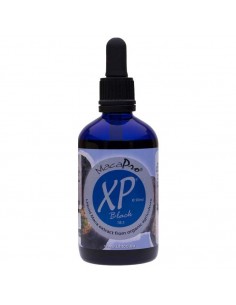 1225
£32.99
Cold Pressed Liquid Extract from Black Maca MacaPro® XP Black is a natural extract of selected black Maca roots in a ratio of 18:1. A High Nutrition Superfood Maca, also known as Peruvian ginseng, is a rich source of vitamins and minerals, including calcium, magnesium, phosphorus and iron. Beneficial for Men’s Health Black Maca extract has notable... 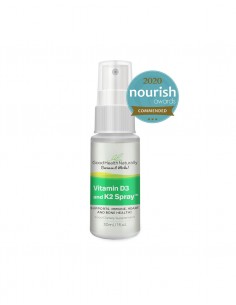 1168
£20.45
Buy 3 Get 1 FREE Click Here ‘All in one’ Vegan Friendly Sublingual Spray A convenient combination of Vitamins D3 & K2 in an ‘all-in-one’ vegan friendly sublingual spray formula. The travel sized bottle is perfect for those busy days on the go, simply pop in your bag or even your pocket- never forget to take your vitamin D3 again!  Vitamins D3... 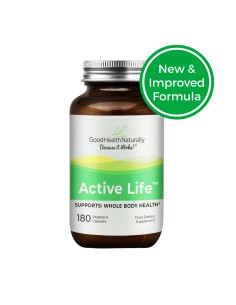 1208
£39.95
Buy 3 Get 1 FREE Click Here New & Improved Formula! Now available in a recyclable refill pouch - CLICK HERE TO PURCHASE Refill your glass Active Life bottle using our recyclable refill pouch. Healthy for you AND the planet. A Full Spectrum Multi-Vitamin/Mineral Formula ActiveLife™ is a comprehensive multi-vitamin/mineral formula, which provides a... 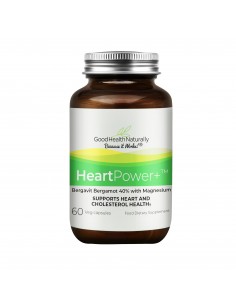 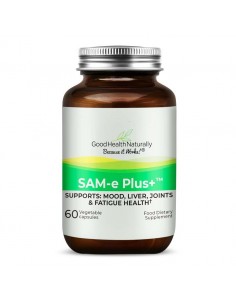 In Stock
Over 50 Health

1140
£30.95
Buy 3 Get 1 FREE Click Here SAM-e (S-adenosyl-l-methionine) plays a central part in almost all body processes. The older we get, the more drastically the level of SAM-e in our body decreases. Yet recent medical science has discovered and proved that SAM-e can help to repair and maintain cell membrane health. SAM-e is also perhaps the safest and most...
Tap to zoom