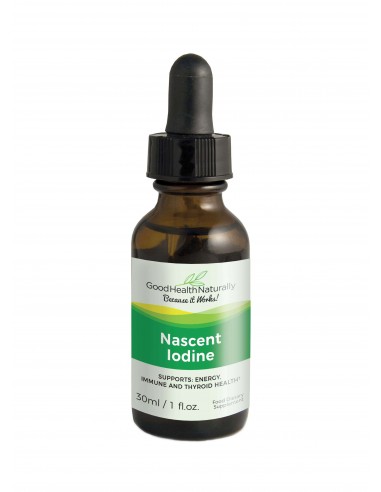 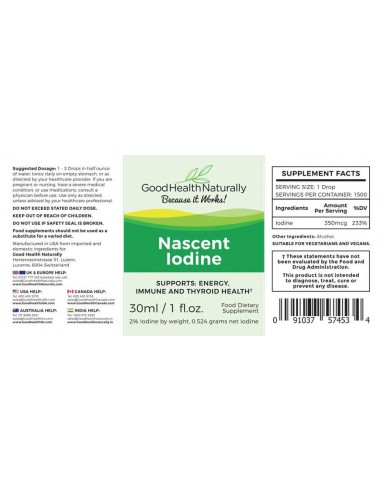 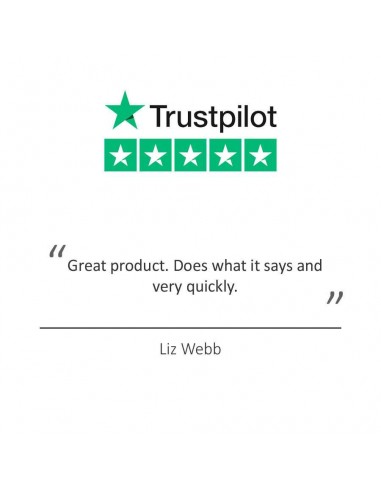 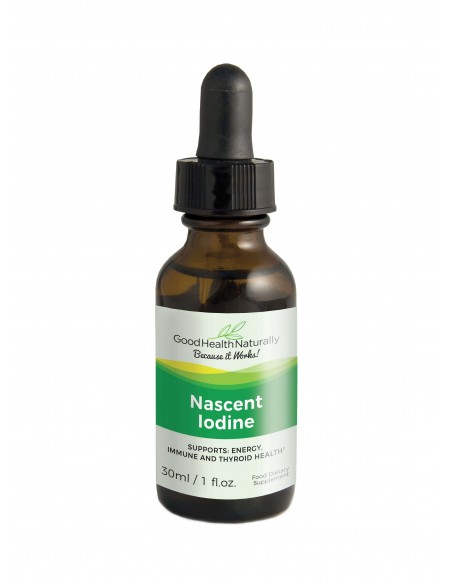 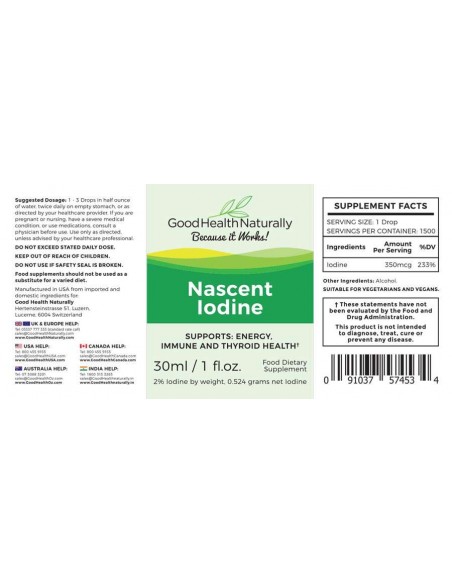 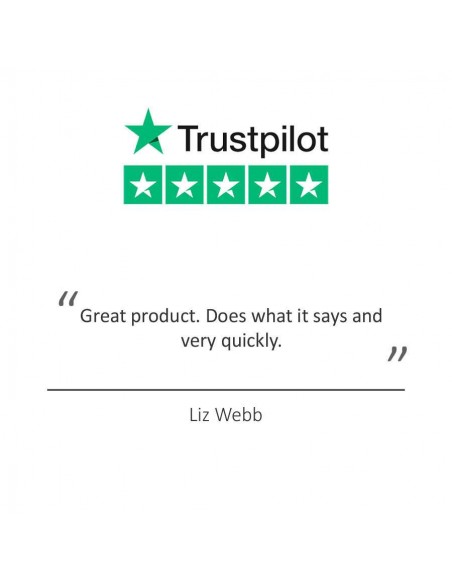 Good Health Naturally Nascent Iodine offers a liquid highly bioavailable form of this often-overlooked trace mineral. The atoms in Nascent Iodine have an incomplete number of electrons, so hold an electromagnetic charge. They remain inactive in the bottle, but become active when mixed with water and consumed. These “charged” atoms provide a huge release of energy for roughly 2-3 hours before gradually losing their power. During this time, it is readily absorbed and utilized in the body, particularly by the thyroid.

Globally, iodine deficiency is considered a serious public health issue. Contributing factors include mineral depletion in soil and food supplies. In particular, people following strict vegan diets may need to consider supplementing to ensure they are getting enough on a daily basis. Every cell in the body contains and makes use of iodine. While we don’t need a lot of it, a daily and constant supply is important.

Roughly 60 percent of iodine in the human body is found in the thyroid gland. It is a crucial building block for thyroid hormones which regulate growth, metabolism, and support healthy development both mentally and physically throughout life. Insufficient iodine may mean the body is not making enough of these hormones. Symptoms can include tiredness, weight gain, mood changes, constipation and sometimes enlargement of the thyroid gland which becomes visible in the neck.

Significant amounts of iodine is found in other tissues too: including salivary glands, cerebral and spinal fluid, breast and prostate tissue.

The World Health Authority recommends all women of childbearing age supplements iodine as it is critical in the first few weeks of pregnancy as well as when breast feeding. 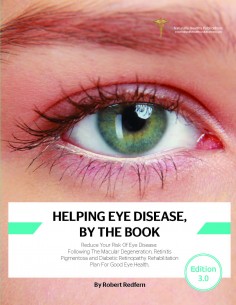 3043
£11.95
*Please note this item is supplied from a separate location and may take up to 7 working days There are various kinds of eye disease including Age-Related Macular Degeneration (ARMD), Retinitis Pigmentosa, Diabetic Retinopathy and other eye health problems. Many eye diseases are caused or made worse by malnutrition and nutritional deficiencies. Eye health... 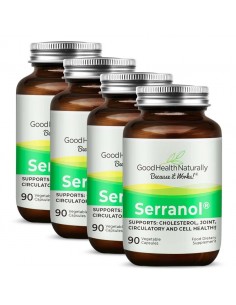 1070
£19.95
Buy 3 Get 1 FREE Click Here Available In Gel Or Spray The active ingredient in Hydrosol Silver is a unique patented Silver Technology. The gel is a powerful 24ppm Hydrosol Silver and the spray is 10ppm Hydrosol Silver. A Stable And Effective Silver Product Biotech Labs have been able to develop and patent a manufacturing process that creates a potent... 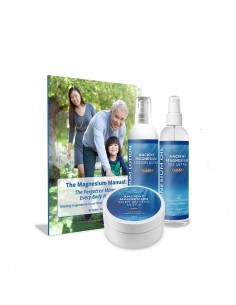 #5080
£48.65 £69.50
Treat your loved one with this Luxurious Spa Pack filled with lots of feel and do good Magnesium goodies! Magnesium is Important Magnesium is our fourth most abundant mineral, and we can't live without it. It has so many potential benefits from reductions of fatigue to and helping relieve sore muscles to assisting the nervous system and metabolism.... 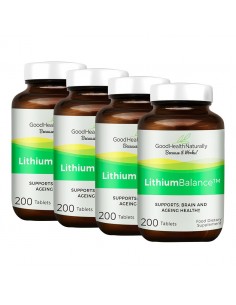 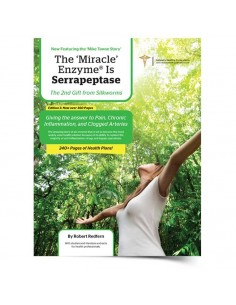 3026
£14.95
The third edition of “The ‘Miracle’ Enzyme® is Serrapeptase" book, written by a leading health expert, tells the amazing story of how widely this enzyme has been used and researched in many areas of health – without showing any signs of unwanted side effects. A Naturally Occurring Enzyme Plant Grown Without Chemicals An Ever-Growing List Of Potential Uses... 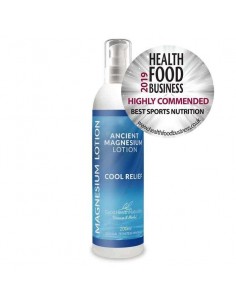 1151
£15.95
Uses Patented SilverSol Technology® Contains Silver content at 22ppm and the addition of natural Xylitol, peppermint and a natural plant based colouring. Fluoride-Free Toothpaste Synthetic fluoride is a highly toxic substance that has been linked with various health problems. In China and India, the link has been established between people who now... 1108
£24.95
Buy 3 Get 1 FREE Click Here Nattokinase Is A Powerful Fibrinolytic Enzyme A potent fibrinolytic enzyme, Nattokinase is extracted and highly purified from a traditional Japanese food called Natto. May Support Fibrinolytic Activity And Normal Blood Flow This may enhance the body’s natural ability to fight blood clots in several different ways, while...
Tap to zoom

Save products on your favourites to buy them later or share with your friends.

Good Heath Naturally uses cookies to improve your experience on our site, site performance, facilitate social media sharing and offer messages and advertising tailored to your interests. By continuing to use our site you consent to the use of cookies. For more information see our Privacy & Cookie Policy.